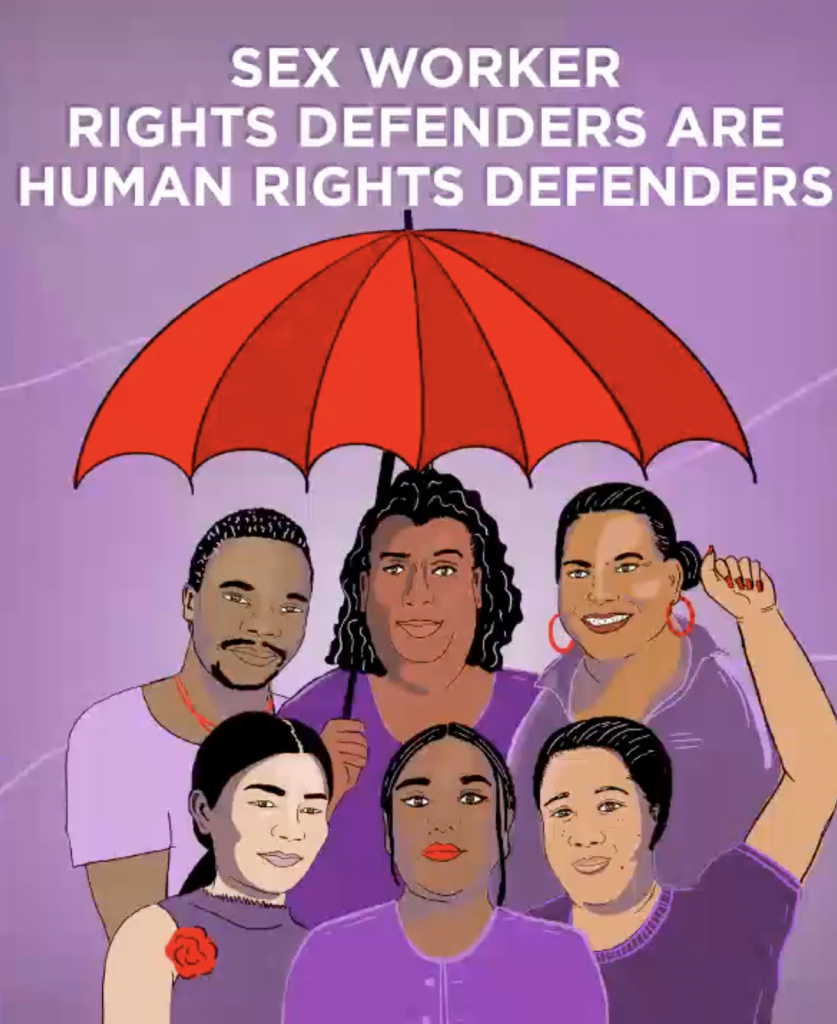 “The report: documents threats and attacks against sex worker rights defenders occurring as a direct result of their activism; visibilises their human rights work; and affirms their HRD status to support greater access to HRD protection services and mechanisms.”

The report came after an extensive interview and research period with more than 350 sex worker rights defenders and community members from all over the world are interviewed. The report features case studies and in-depth analysis of experiences of these courageous activists during their valuable human rights work in often precarious settings.

According to the report, sex worker rights defenders and community members face high levels of discrimination, threats and attacks from the governments, law enforcement, managers and other individuals due to their powerful human rights work. The report especially draws attention to the human rights abuses and unethical practises by the police and faced by sex workers such as unjustified arrests, threats, blackmails and sexual harassment and rapes.

It was also found that anti-sex work laws and conflation of sex work and trafficking were amongst the most harmful elements that affect sex worker rights defenders’ and community members’ safety well-being.

The report is available in English here to read and download.