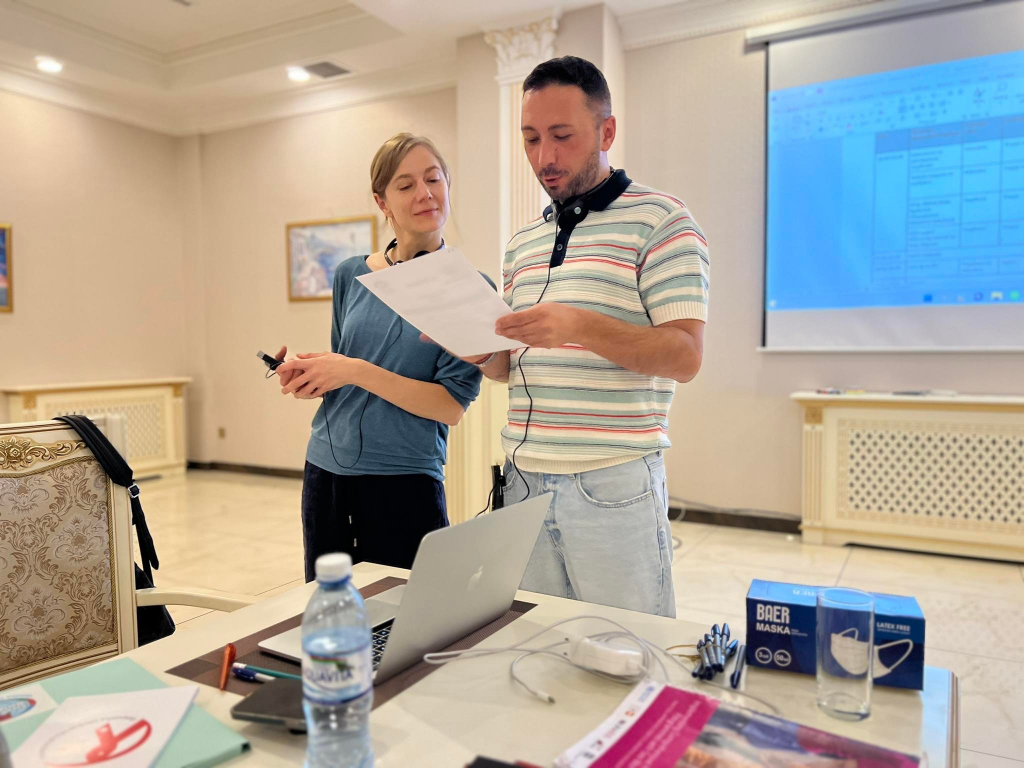 This October, SWAN was invited by ECOM, as a regional sex worker community network, to provide 2 days of training on the effective use of the Sex Worker Implementation Tool (SWIT) in Baku, Azerbaijan, presenting to organisations from the region that wish to better support the sex worker community in their provision of HIV and SRHR services.

In Azerbaijan, sex work remains solely an administrative offence that is punishable by fines. However, there remains a record of periodic police raids directed at the LGBT and sex worker communities, involving mass arrests, assault, forced medical testing, and extortion. These human rights abuses have come with the justification, from government officials, that individuals living with HIV must be isolated from wider society. Whilst sex workers live under this climate of extreme fear and hostility, it is all the more vital to ensure the services that cater to them are best equipped to support them and promote their empowerment.

SWAN’s facilitators began by using statistics from UNAIDS on HIV prevalence among sex workers to examine the key factors contributing to the increased risk of HIV among sex workers, inviting participants to consider how current laws and policies further contribute to this vulnerability. The group then discussed the different forms of violence sex workers are subject to, and the role of stigma and criminalisation in contributing to this, inviting participants to brainstorm possible strategies that could be adopted by their organisations, in order to both protect sex workers from harm and grant them access to justice. Finally, following a look over the services currently available to sex workers in Azerbaijan, reviewing their accessibility and identifying gaps in provision (e.g. PEP and PrEP), participants were asked to develop potential action plans for introducing the Sex Worker Implementation Tool into their work.

Encouragingly, training participants were able to consider new ways of engaging sex workers in their outreach activities – for example, by organising workshops, creating safer spaces and organising informal social activities such as make-up sessions, as well as enhancing the visibility of sex work-related issues and sex workers’ rights on their websites and social media, and even organising sensitising training for law enforcement agencies.

We would like to thank both our facilitators, Agata Dziuban and Trajche Janushev for their hard work as well as the participants who attended. We hope the knowledge gained in these two short days will guide you in service to your communities!

Earlier this year, we celebrated the end of the successful rollout of the Sex Worker Implementation Tool in 7 countries where community-led organisations are in our membership –  Russia, Armenia, Macedonia, Georgia, Kazakhstan, Kyrgyzstan, and Ukraine. A six-year project Funded by the Robert Carr Fund and led by the NSWP together with 5 other sex-worker led networks from around the world (including Asia Pacific Network of Sex Workers (APNSW), African Sex Workers Alliance (ASWA), Caribbean Sex Work Coalition (CSWC) and La Plataforma Latino América de Personas que Ejercen el Trabajo Sexual (PLAPERTS) these community organisations created an international standard of guidance on effective HIV and STI prevention for sex workers, which centres the decriminalisation of sex work as well as the meaningful involvement of sex workers as equal and valued participants when implementing these services. You can easily learn more about the SWIT tool by watching our animated video series, which is available in English and Russian.