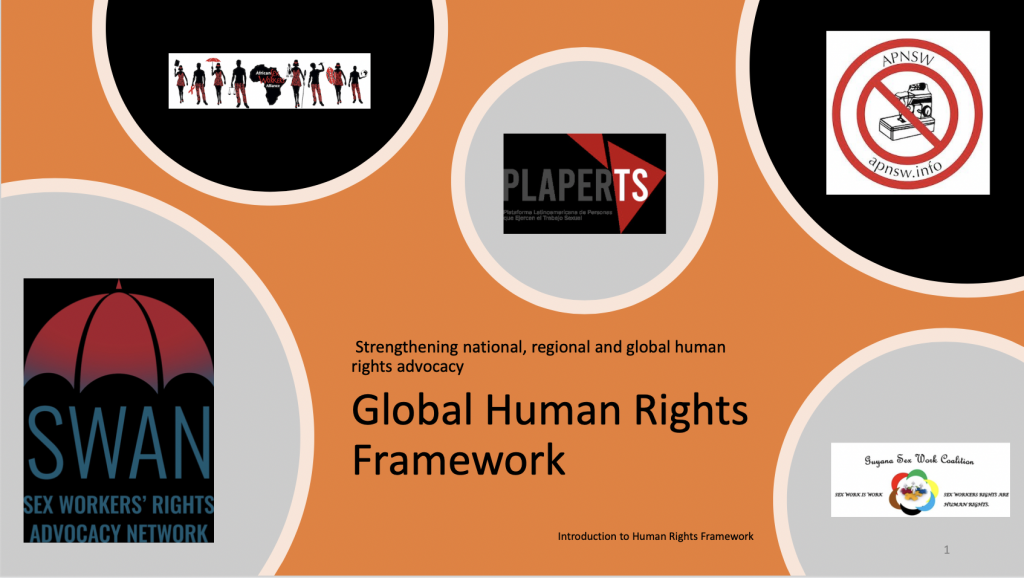 In the wake of COVID-19, sex workers were largely left behind by government schemes aimed at shielding citizens from the worst impacts of the global pandemic, revealing the underlying truth that, due to factors such as criminalisation, stigma, mistrust of institutions and bureaucratic hurdles, sex workers are frequently excluded from the basic protections granted to other citizens including social care, unemployment benefits, housing support and healthcare. The past few years have highlighted what has always been and still is a deeply rooted problem for sex workers worldwide, and one which intersects with issues around migration, LGBTQ rights, poverty, homelessness, illiteracy, and sexual and reproductive health rights.

Earlier This year, SWAN launched a new programme together with the Sex Worker Networks Consortium. Led by The Global Network of Sex Work Projects (NSWP) and comprising of 5 Regional Sex Worker networks from across the globe –  Asia Pacific Network of Sex Workers(APNSW); African Sex Workers Alliance (ASWA); Caribbean Sex Work Coalition (CSWC); and La Plataforma LatinoAmérica de Personas que Ejercen el Trabajo Sexual (PLAPERTS), the SWNC was brought together in 2013 with funding from the Robert Carr civil society Networks Fund, so named after the legendary HIV & human rights activist Dr Robert Carr. For the next 2 years, this new programme will focus on the issues of social protection and sexual and reproductive health rights. At the programme’s launch in Barcelona, SWNC members met together in order to develop a set of common priorities, including a global framework for documenting this reality within a human rights framework, as well as a common set of research questions which can then be distributed to sex-workers globally.

More recently, a 4-day training in Budapest this October was the first exciting step towards national implementation, bringing together sex-work activists from seven of SWAN’s member organisations in order to discuss the programme’s content and concept in more detail, whilst revising it to include specific regional issues not captured in the global framework. During the workshop, participants went through the objectives, goals  and outcomes of the programme, with a focus on social protection and SRHR, along with methodologies for data collection on national level, data analysis and follow-up advocacy based on the information collected during this process.

These organisations, based in 7 countries in CEECA, will also receive sub-grants from SWAN, in order to interview sex workers in their regions and gather data on sex worker’s current level of access to social protections and sexual and reproductive health services. With these same set of questions being put to sex workers throughout the world by our partner organisations in the Sex Worker Networks Consortium, the eventual goal is to use the resulting data and reports for advocacy on a regional, national and global level.

We extend our thanks to all the wonderful activists from our network who attended and hope these sex worker leaders now feel equipped to effectively engage in national, regional and global policy platforms so that we may amplify the voices and lived experiences of sex workers in all their diversity. Sex workers must have a voice in informing the social protection policies which all too often leave us out in the cold. We hope that this campaign will bring us closer to this goal and that we will come to a day when sex workers have a seat at the table in building policy on healthcare, welfare and social protection.