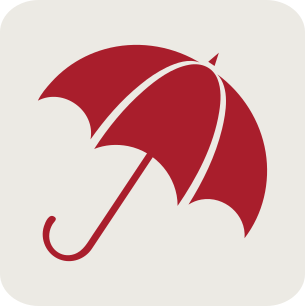 COVID-19 continues to spread around the world and its devastating effects are becoming more visible especially within homeless people, drug users, people with disability, undocumented migrants, sex workers and many others. Sex workers have always been in intersection with the most marginalised communities and faced discrimination and violence from police and state actors. Now as this health crisis is expanding, what we are seeing is an immense increase of vulnerability and deterioration of conditions and safety.

COVID-19 continues to spread around the world and its devastating effects are becoming more visible especially within homeless people, drug users, people with disability, undocumented migrants, sex workers and many others. Sex workers have always been in intersection with the most marginalised communities and faced discrimination and violence from police and state actors. Now as this health crisis is expanding, what we are seeing is an immense increase of vulnerability and deterioration of conditions and safety. All around the world, sex workers are reporting loss of income, decreased access to health services, condoms and other safer sex commodities. Due to the loss of income and lack of financial help many sex workers are at risk of losing their homes and are unable to provide for their families.

The situation in CEECA region is no different. As the virus started to spread, the countries in CEECA are responding to the threat in various ways to keep their citizens safe. However, sex workers are once again left without protection. In most countries sex workers are not included in the financial help packages provided by the governments. Their workplaces are being shut down and they are given no other options to generate income for basic needs and housing. Sex worker-led organisations are working vigorously to respond to this situation and looking for ways to help their communities but often restricted by lack of funding, human resources and understanding.

–      In Georgia, sex workers do not have access to financial aids and especially amongst migrant sex workers there is a growing problem of homelessness resulting in many of them being forced to take shelter in confined areas in groups. Sex workers then further criminalised by the police for not following the quarantine protocols and facing fines, and violence. They are also more vulnerable to COVID-19 due to lack of resources such as masks or disinfectants. Sex work is pushed further underground because of criminalisation leaving sex workers even more prone to violence, preventing them reporting any incident to the authorities.

–      In Kazakhstan, cities are under lockdown and the government divided cities into sectors and travel in between is restricted. Sexual health centres and harm reduction services are not conveniently located and not in reach of everyone. Saunas and other workplaces of sex workers are being raided by police and sex workers are stranded without any income. This situation leaves the most vulnerable sex workers without a choice but to accept meeting dangerous clients. The lack of choice also means that sex workers’ power to negotiate condom use is reduced causing higher risk of HIV and other STI transmissions.

–      In Kyrgyzstan, the workplaces of sex workers are being shut down causing a complete financial collapse for sex workers who have already been in poverty. Government aid is mostly aimed at people with disabilities and large families with children and sex workers or workers from other informal sectors do not have access to these.

–      In Ukraine, travel between cities is prohibited. Sex workers report dangerous levels of loss of income due to quarantine lockdowns and sex workers who are trying to generate income through online channels are facing further risks of criminal prosecution for ‘disseminating pornography’ leaving them no choice to manage themselves financially. Access to Antiretroviral Therapy (ARVT) and Opiate Substitution Therapy (OST) has been difficult due to lockdowns and lack of human resources or funding.

–      In Russia, homelessness amongst sex workers is rising, especially within the trans sex worker community. Police raids are becoming more frequent as the media are using sex workers as scapegoats. There are cases of misuse of power by law enforcement. As sex workers move to working online, they are also becoming more prone to being blackmailed by individuals. The government measures of financial support for individuals are often regional and target either officially employed citizens or pensioners, for those who are officially registered as unemployed.

SWAN supports the measures taken by the governments to flatten the curve and slow down the virus transmission that could otherwise overwhelm the capacities of the health sector. However, the distribution of resources and social protection measures should be equitable among all. Marginalised communities are part of the society and should be given the same level of security as everyone else. In order to secure well-being of all and ensure success of the current public health measures taken to save lives, we call on all governments to;

– provide financial support to sex workers and other marginalised communities

– increase the number of emergency housing for all in need

– increase monitoring of police activities to eliminate the abuse of power

Meanwhile, sex workers around the world are creating emergency funds in order to support their communities in this time of crisis and inviting anyone who can to contribute to do so. Please consider supporting them by donating or spreading the word by disseminating their campaigns further.

●    Austria, Red Edition has set up a 24-hour hotline for sex workers in Austria. Please donate via their GoFundMe page.

●    Belgium, Urgent Fund for Sex workers by UTSOPI, the only sex worker-led collective in Belgium.

●    France, the Syndicat du Travail Sexuel (STRASS) started a fundraiser to provide emergency help for sex workers who most need it. While ACCEPTESS-T have set up the Fond de Action Sociale Trans (FAST) and are providing financial support for trans and migrant sex workers.

●    Germany, Berufsverband Erotische und sexuelle Dienstleistungen e.V (BesD), has posted a guide in German and English on their website.

●    Netherlands, Dutch Emergency Fund by Trans United Europe and other organizations has established an emergency fund.

●    Norway, PION has set up an emergency fund for sex workers in Norway.

●   UK, SWARM has launched a hardship fund. Umbrella Lane in Scotland is collecting funds through their emergency fund.