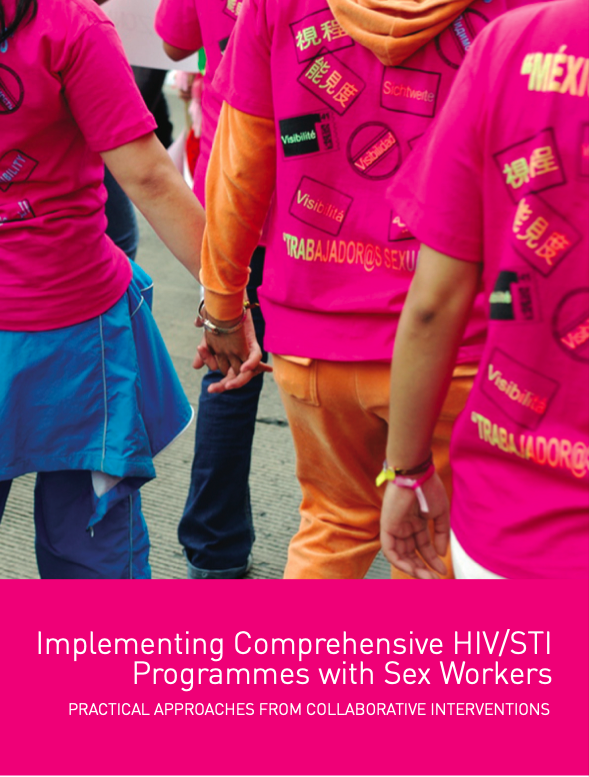 SWAN hosted an online event on SWIT to mark the closing of the Robert Carr Fund program on November 23, 2021. Since UN agencies and the NSWP endorsed the Sex Worker Implementation Tool or SWIT in 2013, SWAN has promoted it in Central and Eastern Europe and Central Asia for two cycles of the RCF, or six years in total. This guidance on effective HIV and STI prevention justifies why sex work should be decriminalized and why sex workers must contribute to policies as partners.

The online meeting with 21 connected attendees from seven countries where SWAN has promoted SWIT. The meeting supported English-Russian translation. They were the first to learn about the results achieved during implementation at the country level and share the lessons learned. Thus, each team told about the work from seven countries: a presentation from Armenia was followed by the Forum of Sex Workers on Russia, Karina Kobogonova told about Kyrgyzstan, Elena Fiskova represented Ukraine, Nenad Micov from Macedonia, and Nataliya Zholnerova from Kazakhstan as well shared an annual update on activities. Also, the Georgian team took part in the project. And finally, they were guided by Trajche Janushev, SWAN Program Officer, to discuss the obstacles they encountered and how they addressed them, looking for suggestions for the future.

The Armenian NGO Right Side delivered training for 20 sex workers, including transgender sex workers, on knowing their rights. In addition, the team worked on translating SWIT into the Armenian language for in-country promotion. Not limited to those two activities, the Armenia team delivered a leaflet on HIV prevention and treatment and proceeded with advocacy. However, the political in-country situation was less engaging with human rights than with the war crisis and COVID-19 issues. Besides, the participation of the community in the work of the NGO increased, targeting their greater involvement.

In Russia, minding the shrinking space for civil society work, the Forum of Sex Workers succeeded to deliver a series of SWIT webinars to over 500 sex workers  and invest in reporting and advocacy. One of the critical activities was a school for activists that empowered a core group of ten people to stand as community leaders. As a result, a part of the funding supported the in-person annual community meeting focusing on the workplace and the training on burn-out and security. In addition, the sex workers reported the need for flexibility in future funding opportunities as the needs of sex workers change quickly.

After six-year involvement in two cycles of the SWIT program by SWAN, Kyrgyz-based and community-led group Tais Plus reported extensive training for the community on HIV project assessments and research, delivering its expertise on HIV programming across the country. This year, a prominent theatre performance explaining SWIT made a tour to South and North of Kyrgyzstan, along with extensive measures and expertise sharing by community-led monitoring techniques for the SWIT implementation. Sex workers continued engaging with the Country Coordinating Mechanism for the GFTAM – this time overseeing the tool for monitoring HIV programming by sex workers.

The Legalife-Ukraine, another community-led organization successfully implementing the training on SWIT, modified them for offsite activities in different cities because COVID prevented the gathering of sex workers in one place. Over the past year, activists have made great strides in community-based monitoring. However, the high turnover of sex workers shapes the need to constantly train new emerging leaders in SWIT. In addition, the pandemic made it impossible in many places for patients to continue to receive HIV treatment through family doctors; many sex workers could not leave their homes and receive certificates, even if they were vaccinated against COVID. The goal for the future is to work with harm reduction organizations themselves to establish communication between the community and the organization precisely during the implementation of programs.

The Macedonian team facilitated a six-month mentorship program with the local community leaders. In addition, 56 sex-worker-led workshops with combined informal networking, cooking, and make-up sessions contributed to the discussion of SWIT. As the country intensively transitions to domestic funding for its HIV prevention programs, North Macedonia funds HIV prevention by the civil society for key populations since 2017. The Macedonian project, in partnership with the academy, completed a study that included 40 interviews with sex workers and developed recommendations. With this expertise, STAR-STAR from Macedonia has been invited to participate in the state commission on HIV.

Kazakhstan sex worker group, Ameliya, established a platform ‘Under the umbrella,’ which serves as a place to quickly get first-hand information. First, this platform collected data on violations of rights and drafted a shadow report for CEDAW. Secondly, Ameliya managed to establish relationships with various partners from the civil service – republican and regional AIDS centers and other partners.

Women for Freedom, a sex-worker-based organization from Georgia, strengthened the capacity of leaders in organizational development, program management, and advocacy. The group hosted a Summer Camp that resulted in an advocacy strategy based on data from monitoring of services and mapping of partners, followed by a roundtable with stakeholders. For the future, the group unanimously concluded to engage as many experts as possible to put an end to the document prepared for parliament’s liberalization of the law regulating sex work.

‘We are here not only for success,’ – highlighted one of the meeting participants, referring to that although the in-country initiatives completed core activities, there is still much work sex worker-led groups need to do.

‘Sex workers are at the core of the SWIT. Each SWIT chapter was developed by and for sex workers, considering their own needs and the strategies that work best to meet those needs. For the six years of SWIT program implementation, sex worker-led group in seven countries have used SWIT as a guidline to develop or improve their national HIV/STI programs. We have seen a variety of in-country achievements, from CCM engagement, to community monitoring, capacity building, community-based outreach work,ect… Knowledge gain through SWIT will continue to assist sex workers to prevent HIV and STI. It is very true that regional initiatives bring benefits to all stakeholders, as soon as they enable experience exchange and learning from each other. I’m looking forward in near future to work again with all SWAN national partners, and reach new achievements for better life of sex workers!’

As a part of the NSWP consortium involving five regional sex worker networks, SWAN continued enhancing sex worker-led country organizations. This effort aimed to influence policymakers and HIV program implementers through advocacy and community-led programs. The program promoted human rights and access to justice, opposing criminalization and other legal oppression of sex work. With the ultimate goal to end violence, stigma, and discrimination against sex workers of all genders, the program contributed to the global roll-out of the SWIT and scaling-up of services for and by sex workers.

In summary, among the lessons learned, advocacy, community-led research and monitoring, community mobilisation with online tools, all in COVID times, continue to make the difference and make the voices of sex workers impactful and powerful. This is another step towards legislative and policy changes that advance the human rights of sex workers and their access to health, namely HIV. These investments have been crucial to the human rights of sex workers in the region. The next issue the future RCF program will focus on is access to social welfare for sex workers, which is an acute issue, as two years of COVID-19 have demonstrated.